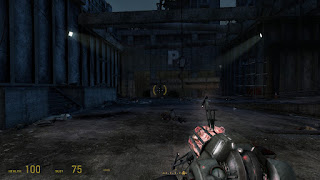 I haven't been doing reviews outside of my 1001 games list yet, but this game is a perfect reason, in and of itself, to change that up a bit. Transmissions: Element 120 is a Half-Life 2 mod that brings so many new mechanics and environments to the table that it feels like it could be something completely new, yet it still feels like a professionally-built entry from the Half-Life series. Every step of the way I found myself completely immersed in the action, the puzzle and everything in between - seriously, there is so much that this game has to offer that I had never seen before. I have played mods that just alter what is given to them, creating something perfectly enjoyable, but this game takes it so much farther, adding a new weapon, new assets, a completely original soundtrack (that is phenomenal, by the way), all-new mechanics, and still pulls it together so perfectly.

Transmissions may be a bit short, but that doesn't mean it is bad in any way, shape, or form. It does everything a good game should in the time it was given, and although I wanted more so badly, I know deep down that the power and emotion fit into the mod would only be dumbed down by cramming in more content. If you couldn't tell by any of my previous praises, my final verdict on this game is that it should be played by any fan of the Half-Life series, and since it is free on Steam, doing just that won't be too hard!

Popular posts from this blog 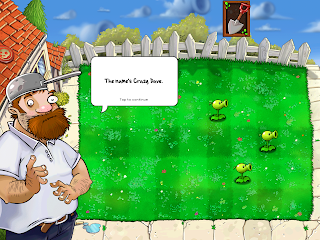 I have a long and delightful history with the Plants Vs. Zombies franchise, starting with the Nintendo DS , crushing Dr. Zomboss like no tomorrow, and growing the Tree of Wisdom into a behemoth of unparalleled proportions. But that was a long time ago. Since then, the series has branched into a sequel, a Facebook  game, two shooters, and soon a mobile card game! And this franchise hasn't been growing for no reason, either. Plants Vs. Zombies  starts out as a fun take on the tower defense genre, but it is much more than just another time waster. The combination of exciting gameplay, crisp art, goofy humor, and a slew of mini games and achievements that keep you playing make this game fresh and fun no matter how much you play it. And for the low, low price of FREE on mobile devices, there is almost no reason why it shouldn't be in your pockets at all times. I may sound like I am trying to market the game in this review, and that is because I am. Not because I'm get
Read more 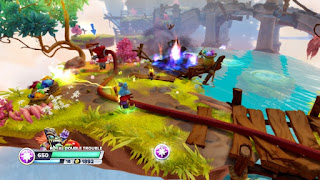 The leader in the toys-to-life genre released another gem with Swap-Force , bringing a lot of upgrades and changes to the game, but maybe a bit too many additions for its own good. Now, I could write an entire doctoral thesis comparing this game to its predecessors and successors, but I won't. Rather, I hope to delve into Swap-Force  almost as if it were a standalone. What I noticed immediately about this game is that it looks and feels gorgeous. Everything blends together seamlessly into one solid world that combines cartoony with colorful, creating a wide variety of aesthetically magnificent levels. The platforming is also quite enjoyable, coupled with a button-mashing combat that stays exciting thanks to a variety of enemies and playable characters. Even the story is worthwhile as multiple humorous cutscenes play during the (unfortunately long) loading times. However, there are flaws, and most come thanks to the franchise's inherent business model. As a game that
Read more

Google has a history of releasing cute little games to commemorate holidays, big sporting events, and anniversaries, so the release of Doodle Champion Island Games for the Tokyo Olympics wasn't much of a surprise. However, with the Olympics delayed a full year by the pandemic, I can't help but believe the developers took advantage of their extra window. Where other Google "Doodle" games are just little time wasters that lose my attention after around five minutes, this was almost a full blown RPG that took over an hour for me to beat, and I couldn't get enough! Playing as a cat named Lucky, you're   challenge is to become the champion of a sport-centric island by beating its inhabitants in their preferred Olympic events. There are nine villages to explore, each with their own sport and their own population of characters and creatures straight out of Japanese folklore. You can technically beat the game by quickly running into each village, winning its respec
Read more

amphibious_RV
I write reviews for the games I play so that I can remember how I felt about them. You can read them if you want.